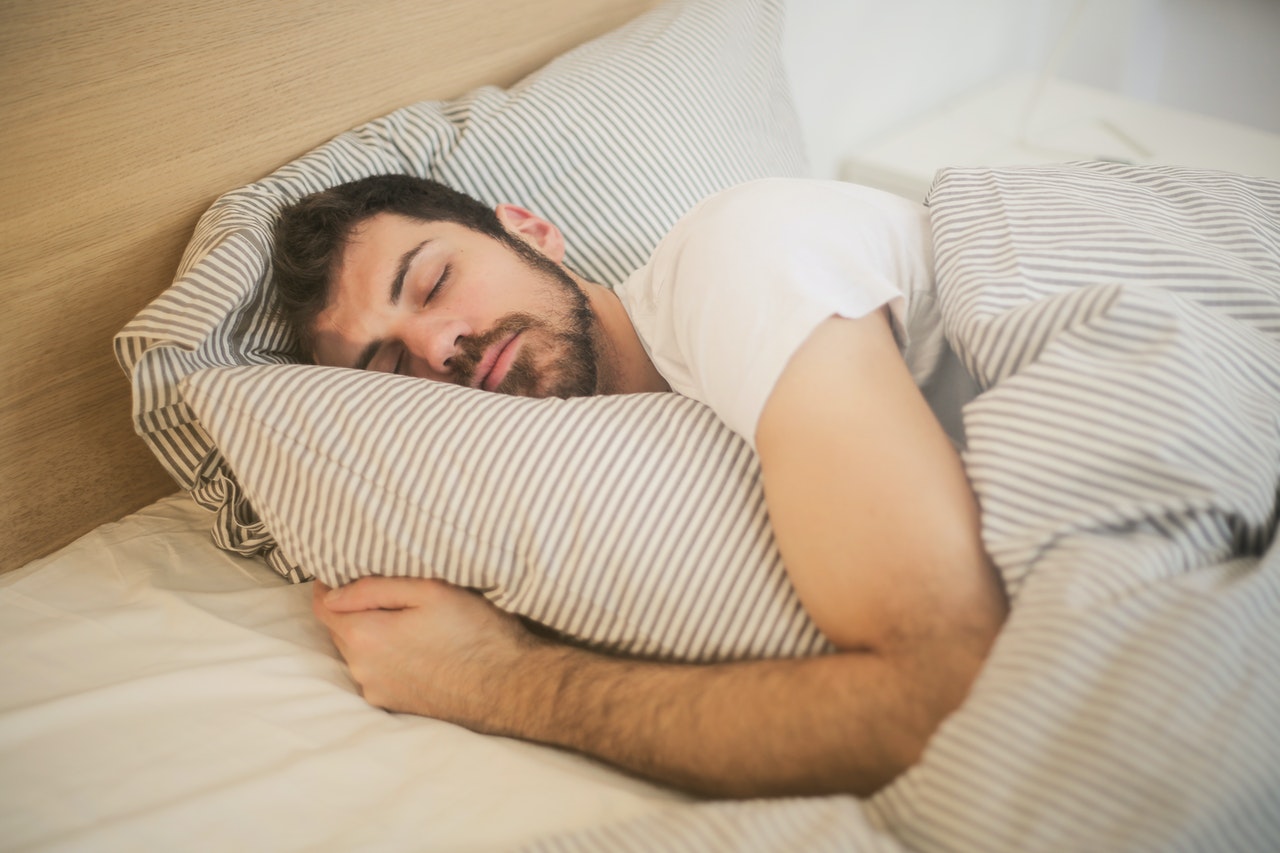 As of 2021, it is common for people to use marijuana before bed time, whether out of habit or necessity. Now, research on marijuana and sleep helps explain why.

Besides easing insomnia, marijuana seems to have a wide range of effects on sleep that differ from other natural forms of sleep.

This is because chemicals in marijuana, known as cannabinoids, actually mimic the activity of chemicals found naturally in the brain.

These chemicals and their biological pathways make up the body’s endocannabinoid system, which is responsible for regulating sleep, among other things.

Likewise, research shows that marijuana can also have a direct impact on sleep. Here’s 5 of the most important effects that studies have identified so far.

Things to consider before you try marijuana…

Believe us – smoking weed is great, but keep in mind that smoking of any kind is a known health risk and should be approached with caution. Also, medicinal use of marijuana is still illegal in many areas.

Talk to your doctor about your sleep cycles. There may be long-term health consequences with interrupted REM, because much of the immune function repair takes place in deep sleep. Long-term use of any sleep aid isn’t recommended.

Please use marijuana responsibly. As with all forms of smoking, your risk of COPD can increase. Smoking marijuana is hazardous to the lungs, especially for those with asthma or other respiratory conditions. The use of marijuana while pregnant or breastfeeding isn’t recommended.

Long-term marijuana use has been shown to have changes on the amount of gray matter in the brain. For teenagers, marijuana seems to have even more profound long-term and lasting effects on the brain and isn’t recommended.

Marijuana use isn’t recommended for anyone under 25 years of age because of the long-term effects on learning and recall.

More research on marijuana for medicinal purposes as well as the risk of COPD is still needed.

Some of the earliest research on marijuana and sleep shows that marijuana’s main ingredient, THC, can significantly reduce the time it takes for both insomniacs and healthy people to fall asleep.

In a small study published in 1973, THC reduced the time it took for 9 subjects with insomnia to fall asleep by over an hour on average. However, the researchers noted that too high of a dose could counteract the effect.

Early studies also revealed that taking either THC or CBD before bed could lead to an increase in overall sleep. In one study, increasing the dose of THC also increased the amount of time spent sleeping.

However, higher doses of THC also caused a “hang over” feeling in some subjects when they woke up, while the feeling was not present at lower doses.

Some of the more interesting effects of marijuana on sleep involve its impact on the sleep cycle.Studies show that THC can increase the amount of slow-wave sleep, also known as deep sleep, that an user experiences during their slumber.

This is likely a good thing, since deep sleep is believed to play a major role in the restoration process that occurs during sleep.

What’s more, experts believe that the most damaging effects of sleep deprivation result from a lack of slow-wave sleep. For example, research has shown that reduced slow-wave sleep can be a strong predictor of high blood pressure in older men.

Another way marijuana affects the sleep cycle is a reduction in REM sleep. Many people who smoke before bed report a lack of dreaming, which only occurs during REM sleep.

While less REM sleep could be seen as a negative effect of marijuana use, scientists are still not sure what purpose REM sleep actually serves.

However, people who quit after using marijuana on a frequent basis often experience an increase in REM sleep, also known as the “REM rebound” effect, which is accompanied by an increase in dreaming and restlessness during sleep. But this effect tends to wear off within days or weeks, depending on the individual.

According to a 2008 studyTrusted Source, ingesting marijuana strains with higher levels of THC typically reduces the amount of REM sleep you get. Reducing REM sleep means reducing dreams — and for those who experience PTSD, it could mean reducing nightmares.

So the theory is that if you spend less time dreaming, you’ll spend more time in a “deep sleep” state. The deep sleep state is thought to be the most restorative, restful part of the sleep cycle.

Still, REM is important for healthy cognitive and immune functioning, and marijuana with higher THC levels could impair your sleep quality if taken long term.

But this isn’t true across the board. Some studies have found that sleep can actually be impaired by regular use of marijuana. It’s clear that marijuana changes sleep cycles.

When it comes to medical use, marijuana could offer an incredible benefit to the approximately 25% of men and 9% of women who suffer from a disorder called sleep apnea.

Sleep apnea is characterized by disrupted breathing during sleep, and has been linked to a number of serious conditions, including diabetes and heart problems. Unfortunately, the vast majority of sleep apnea sufferers remain undiagnosed and untreated.

Even of those who seek treatment, many eventually give up on wearing a CPAP mask every night.

But that’s where marijuana may help, as researchers are currently trialing THC as an alternative, with early results already showing promise. If clinical trials are successful, sleep apnea patients may one day have the option of swapping a bulky sleep mask for popping a few pills before bed.

Timing your intake for bedtime

Timing is important when it comes to using cannabis, especially for sleep. This is also why Tishler seldom recommends edibles, pointing out that, “They are unreliable about when they’ll kick in. Sometimes it’s about one hour, other times it can be more like two to three hours.”

It can also affect us for longer than intended and cause grogginess in the morning. “Because of the way cannabis is processed from our gut to our liver, the duration of action can be much longer, like 8 to 12 hours.”

While everyone’s physiology is different, it’s usually better to ingest the marijuana at least an hour before bedtime. According to Tishler, an hour before bedtime is ideal because the cannabis will work for about three to four hours, helping you to fall asleep. “That way, people don’t feel the effects right as they are going to sleep, which can cause excitability and prevent sleep.”

Things to Keep in Mind before You Sleep…

Of course, not all sleep aids work for everyone the same way. Marijuana is no different. “People with recent heart attacks or poor cardiovascular health should refrain from cannabis use due to increased incidence of myocardial infarction,” warns Roman.

Also, while cannabis is often used to reduce anxiety, some people find that high-THC strains make them more anxious or paranoid.

If you’re one of these people, experiment with different strains, or let your dispensary know when you’re choosing your strains. You might find that a different strain can induce sleep without heightening your anxiety.

More research on marijuana is coming, and this herb — which is legal in some states and still illegal in others — has many different medicinal effects that may work as effectively as other medications, and with much fewer side effects.

While there’s sleep disorder research associated with alcohol, there needs to be a better understanding of the effects of marijuana on sleep and health.

Using marijuana to help you sleep is a short-term fix, however. To sleep restfully, you’ll want to practice good sleep hygiene and incorporate other behaviors that support a lifestyle that promotes good sleep.

Could you Benefit from Medical Marijuana for Sleep issues?

While we highly recommend all of our patients speak with their primary care physician before taking any new substances, we do strongly support the beneficial nature marijuana has towards sleep.

If getting a medical marijuana card is on your to-do list, schedule your appointment with us today!

Call us at 443-536-2681, email us anytime Marylandgreenscriptcannabis@gmail.com or apply online.